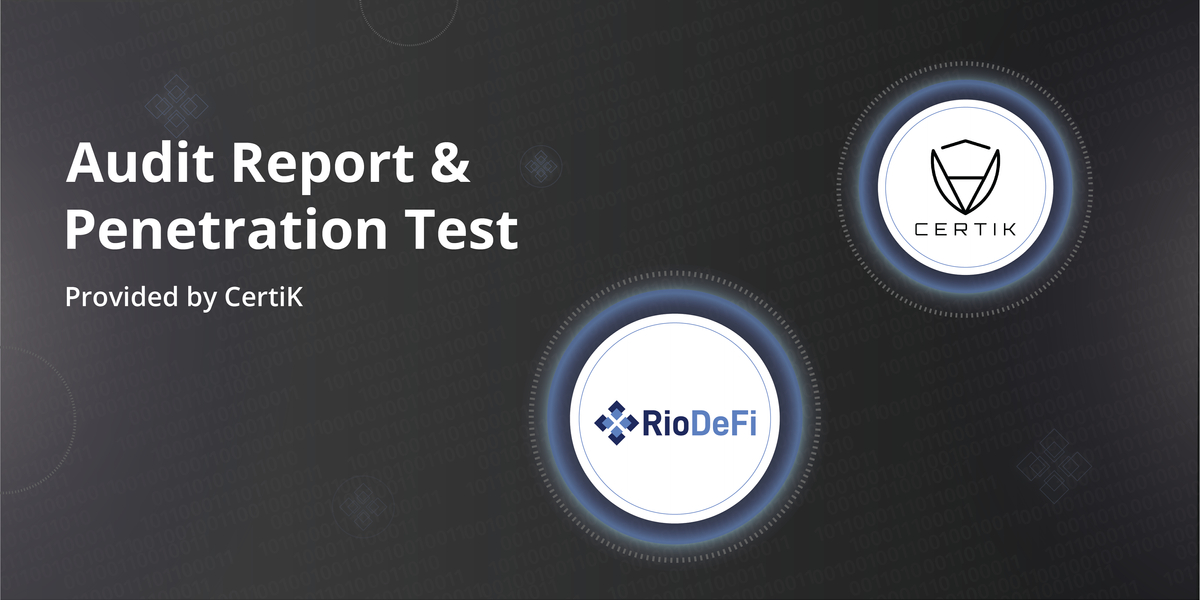 RioDeFi, a DeFi infrastructure platform, aims to accelerate the adoption of digital assets by bridging traditional and decentralized finance. This is done by developing solutions that connect businesses, financial Institutions, and banks with distributed ledger systems.

At the core of RioDeFi is RioChain. All applications built on RioChain enable lower transaction fees, faster confirmations, more efficiency, and a greater global reach. The characteristics of this chain include:

CertiK was excited to work with the RioDeFi team to examine issues and vulnerabilities in the source code of their system within the scope. A comprehensive audit examination has been performed, and a penetration test on RioWallet.

CertiK team was contacted by the RioDefi team to audit the design and implementations of the to be released as a Substrate based system. The audited modules include:

The goal of this audit is to review RioDeFi implementation for its business model, study potential security vulnerabilities, its general design and architecture, and uncover bugs that could compromise the software in production. The process paid special attention to the following considerations:

Findings and Processes From Testing

Regarding the audit, the codebase makes good use of the framework specifics and Rust’s best practices. CertiK’s team of engineers found only some minor exceptions, which were swiftly fixed by the team in complete.

The engineers stated, “Regarding the implementation of the privileged functionality handling and secure design around the framework with proper parameterization, the codebase was found to respect the frameworks specifications and be in alignment with the intended functionality as modules.”

Regarding the penetration test, CertiK tested it against different mobile vulnerabilities including OWASP Top Ten. A white box type of testing approach was done where CertiK performed the test within the source code available from the shared Github repository. The initiative of RioDeFi to perform these tests show their appreciation and value for security.

In addition to the functionality, the team recommends improvement in the documentation of the codebase. Although some parts were well documented, others lacked proper documentation. Additionally, all documentation regarding the project, readme’s, comments, whitepapers, yellow papers should have an english version. Given the experience with the RioDeFi team, CertiK is confident that the documentation will be updated and fully in place for mainnet release.