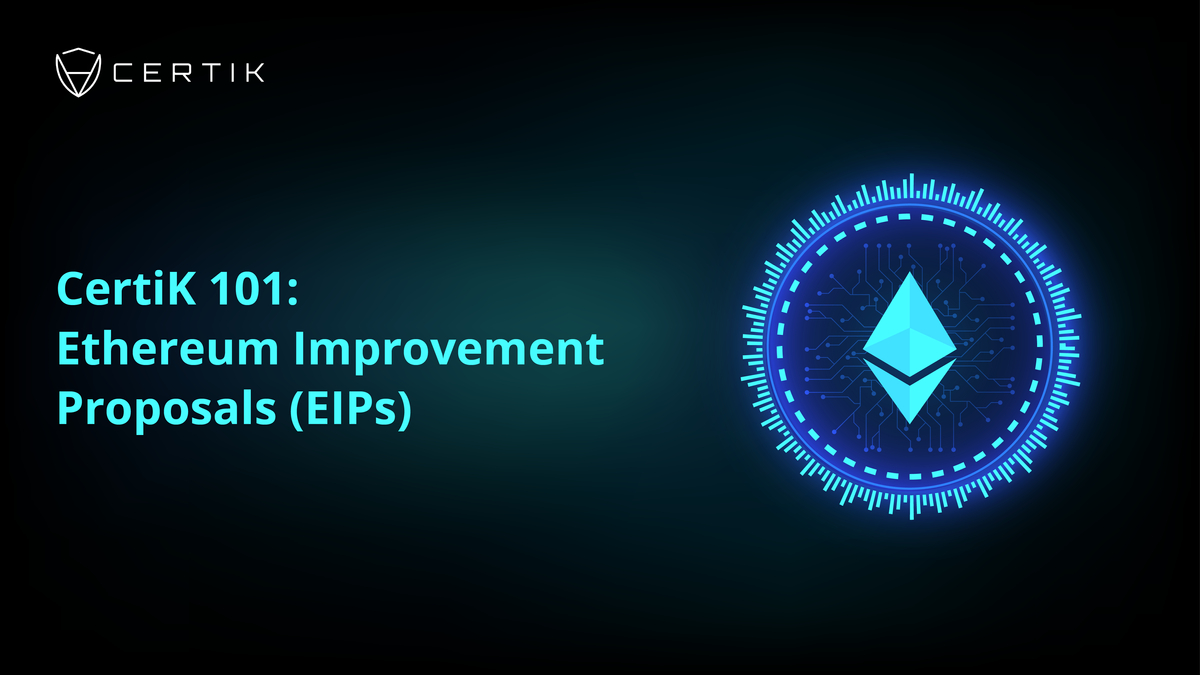 Regardless of whether or not you are experienced with the world of virtual currencies, Ethereum shouldn’t need much introduction. Ranking second in terms of market capitalization, the open-source platform is essentially a global programmable blockchain where anyone can create and use decentralized applications.

Putting aside the value of its native cryptocurrency, Ether (ETH), Ethereum is one of the most popular and recognizable blockchain platforms due to the plethora of decentralized applications (dapps), services, and use-cases it is offering.

The wide array of dapps being deployed on the Ethereum blockchain pertains to several industries ranging from games and crypto-art to governance and decentralized finance (DeFi).

The immense diversification of existing implementations relies on Ethereum’s extremely vibrant and enthusiastic ecosystem, where millions of users collectively leverage the network’s endless possibilities and join forces towards a more decentralized future with Ethereum in its center.

Decentralization is concurrently the end goal as well as the key towards it, and Ethereum’s architecture can be considered as proof of that. Putting its community at the forefront, Ethereum Foundation’s infrastructure empowers its users to take part in shaping its future whilst maintaining and promoting a decentralized standpoint.

Therefore, when it comes to Ethereum upgrades and improvements, all originate from the community, naturally in a transparent and public manner. Ethereum Improvement Proposals (EIPs) are the means through which network updates and application standards are discussed and developed.

Anyone in the community can author an EIP and, then, be responsible for building consensus within the community and documenting opinions. However, analogizing the fact high technical expertise is often required to tackle with EIPs, historically most EIP authors have been app or protocol developers.

Nevertheless, if you are an experienced developer interested in the Ethereum Foundation, you are free to propose one and trust the community in determining whether it should be adopted as a standard or included in a network upgrade.

Being the unit around which governance happens in Ethereum, EIPs are separated into several types, with each having its own list of proposals. Three main categories address most EIPs, namely the Standard Track, Process (Meta),and Informational EIPs, with Final, being those proposals that made it to the light of a pubic implementation.

Standard Track proposals are the most essential and impactful as any changes there affect most, if not all, Ethereum implementations, such as the network protocol, client APIs, application standards, and more. Consequently, Standard EIPs can be broken down into four categories: core, networking, interface, and ERC proposals.

Process EIPs are different from Standard in that the former apply to areas other than the codebase and Ethereum protocol itself, while Informational EIPs provide general guidelines and information to the community without proposing new features.

Taking a glance at the anatomy of Ethereum’s infrastructure, it is evident that the underlying consensus-driven, democratic scheme with EIPs at their core, is safeguarding the sovereignty of the community in a transparent, public, and decentralized fashion.

Popular EIPs That Made It To The Surface

There is a straight-forward standardized process for an EIP to be implemented and includes a series of steps. Firstly, the proposal gets drafted and is undergoing iteration and changes before it enters theLast Callstage, where it is ready for a peer-review by a wide audience.

Subsequently, after a minimum of 2 weeks has passed and technical changes have been addressed by the author, the proposal gets accepted. After core developers decide whether to encode the EIP into their clients as part of a hard fork or not, the EIP moves to the Final stage, where it is by extent implemented.

Although there are currently more than three thousand improvement proposals drafted, there are some EIPs that became popular because they expanded the potential of the entire Ethereum ecosystem.

Despite the subjectivity involved in what one considers an important standard, the aforementioned iconic EIPs all pertain to ERCs, that is application-level standards and conventions.

Ethereum Request for Comments (ERCs) are technical documents used by smart contract developers that define a set of rules required to implement tokens for the Ethereum ecosystem.

One of the first and quintessential standards, the ERC-20, allows the implementation of a standard API to ensure interoperability between tokens. It includes some basic functions such as transferring tokens, obtaining account balances, getting total token supplies and allowing token approvals.

The motivation behind this upgrade was the allowance of any tokens on Ethereum to be re-used by other applications that run on the blockchain: from wallets to decentralized exchanges. That way, the ERC-20 standard simplified the experience of creating and working with tokens, therefore constituting ERC-20 tokens as the most used token standard by far.

Another emblematic standard is ERC-721, which is a free, open standard describing how to build non-fungible or unique tokens (NFTs) on the Ethereum blockchain. While most tokens are fungible (every token is the same as every other token, e.g. one dollar is fungible with any other one-dollar), ERC-721 is unique.

Thus, the ERC-721 was written to standardizeNFTs. By doing so, the dev community put forward a new ecosystem of digital content, games, and apps that use NFTs; from VR realms, such as Decentraland and Somnium Space VR, to virtual art-houses and redeemable digital collectibles like MakersPlace and RareCandy3D.

Undoubtedly, the ERC-1155 protocol is another standard that became popular due to the possibilities it generated. Essentially, it is an interface for smart-contracts managing multiple token types, such as fungible, non-fungible, and semi-fungible tokens.

In contrast to ERC-20 and ERC-721, the ERC-1155Multi Token Standardallows for each token ID to represent a new configurable token type, which could have its metadata, configurable token supply, and other key attributes of a token standard. One of the most popular projects to utilize the ERC-1155 protocol would be the Ethereum-powered gaming platform Enjin Coin.

Last but not least, ERC-137, namelyEthereum Name Service (ENS), couldn’t be missing from the list of popular and important standards for the Ethereum ecosystem.

ENS was conceived as a flexible resolution of short, human-readable names to service and resource identifiers. More specifically, instead of handling the seemingly complicated hexadecimal string of characters starting with “0x”, users can make use of a memorable string of their preference for multiple services under a single name, such as name.eth, while sub-names/sub-domains (e.g. first.name.eth) are also supported.

Think of ENS as a mask, or domain name that could replace QR codes, copy-pasting hexadecimal strings, and in general, enable a humane-compatible version of an Ethereum wallet address and/or smart contract.

Although not all EIPs are similarly complex, the fact that they define the way smart contracts, among other Ethereum programs function, requires developers to be constantly updated with the progression of EIP submissions and be swift to adapt their native smart contracts in accordance with the newly introduced protocols and/or standards.

Keep in mind that a healthy smart contract might express vectors subject to cyberattacks, in case an EIP radically shifts the way contracts of similar nature operate within the Ethereum blockchain.

At CertiK, we strive to secure the cyberworld regardless of the complexity of each project that might be entrusting the integrity of its operations on DLTs and smart contracts, and our numbers are loud about it.

Over the past years, we've audited and secured more than 150 smart contracts, and over 25 whole chains, while our expert engineers performed more than 20 VAPTs for top-shelf industry pioneers including but not limited to Binance, Tera, Kava, e-Money, Fetch.ai, Akropolis, Bancor, Shapeshift, and Blockstack.